The beginnings of tā moko are told in two legends. The first, from Te Waipounamu, is the story of Tamanui-ā-raki. The second story tells of a Mataora (of Te Ao Tūroa) and Niwareka, a tūrehu (spirit) from Rarohenga. Niwareka's father, Uetonga, (descended from R&#0363aumoko), was a tohunga of tā moko. Mataora later established Po-ririta.

Moko is carved into the skin with traditional tools known as uhi (te uhi a Mataora - often made from the bones of seabirds , or, te uhi a Toroa - albatross bone).

The tattooing of men's faces became known as moko, and the carving of moko on women's chins as moko kauae. Designs were drawn on the face with charcoal and water, and then the pigment was tapped into the skin with the uhi. The process is considered to be a dangerous state of tapu. Through the works of the earliest New Zealand painters and voyagers, ta moko and moko kauae were recorded for posterity.

The moko has come to represent the mana of the person. Today, Māori with tā moko seek to reclaim their mana, and significance as tangata whenua/people of the land. Tattooing of men appears to have ceased after the spread of Pai Marire in the1860s, but the custom of moko kauae (for women) continued to the 1950s. The resurrection of the art of tā moko was led by Tame Poata in the late 1930s.

Goldie, by Roger Blackley.
There are many fascinating examples tā moko found in the well-known paintings of C. F. Goldie and Gottfried Lindauer. Other examples can be found in Face value, a study in Maori portraiture : exhibition catalogue, and
Maori paintings : pictures from the Partridge Collection of paintings, by Gottfried Lindauer ; edited and with an introd. by J. C. Graham. The Partridge collection is in the Auckland Art Gallery. 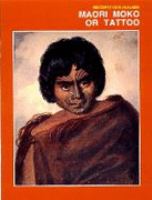 Maori moko or tattoo, compiled i.e. prepared by Pita Graham.
Scoop and Scribe are two young reporters searching for the secret of Matariki. This search takes them around New Zealand as a mystical kaumatua takes them to find the seven stars of Matariki. Story includes Māori vocabulary. Suggested level: primary, intermediate. 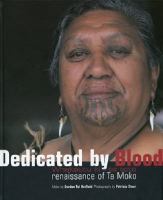 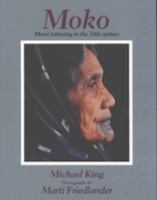 Moko : Maori tattooing in the 20th century, text by Michael King ; photographs by Marti Friedlander.
Michael King had met Ngakahikatea Whirihana in 1968, and realised that the women with moko kauae would probably be lost by the next generation. He began "to search out every woman still alive with moko and to record some of the beauty and significance of the custom". According to King, practitioners of Ta Moko - with chisels around the 1900s, were: Anaru Makiwhara, Herewini, Te Waru, Hokotahi and Taiwera, Te Tuhi, Teutupotu, and Patuaka. Two women who used needles in ta moko were KuhukuhuTamati and Hikapuhi - reflecting a change of attitude to the extreme tapu of tattooing. Other practitioners were Ngakau (tutor to Mehana Eru), Raro Aterea, Kotahitanga, Ngakura Rairino, Tawharangi Pomako, Jack Galvin, and Jack Biddle.

Moko : Maori tattoo, photography by Hans Neleman ; texts by Tame Wairere Iti, Pita Turei and Nicole MacDonald.
In recent years a renewal of interest in Māori heritage has seen a renewal in moko. Although a physical emblem, for most it is a deep personal spiritual experience - both to receive and wear this honour. A design may be inherited from a tupuna or created uniquely for the wearer by a close relative based on their whakapapa. Neleman's project to photograph ta moko acknowledged that any photographs taken would respect Maori terms, e.g. after a respected leader signaled approval. Intellectual property rights remain with the subjects. The result is a splendid record of ta moko.

Māori tattooing, by H.G. Robley.
"The 1896 work not only summarizes all previous accounts of Maori tattooing but also augments them with Robley's numerous personal observations from his three decades of observation and study among the craft's practitioners. Maori tattooing, or moko, consists of a complex design of marks, made in ink and incised into the skin, that communicate the bearer's genealogy, tribal affiliation, and spirituality. The author relates how moko first became known to Europeans and discusses the distinctions between men and women's moko, the patterns and designs, the tradition's related legends and songs, and the practice of mokomokai: the preservation of the heads of Maori ancestors. Book jacket." (Syndetics summary). 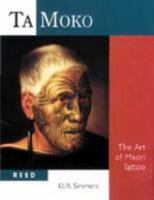 Ta moko : the art of Maori tattoo, by D.R. Simmons.
The revival of interest in Ta Moko in recent years sparked this study by Simmons in consultation with Ko Te Arikinui Taiopuru Ko Te Riria V of Kohuiarau. "A detailed study of moko, Maori tattoos. The text traces the historical development, tribal variations, design principles, and social significance of the moko. The book has 143 black and white line drawings and photographs, and 26 colour plates of paintings and carvings. A bibliography and index are included." (Syndetics summary) 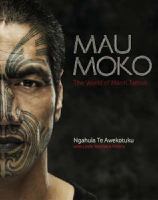 Mau moko : the world of Māori tattoo, by Ngahuia Te Awekotuku ; with Linda Waimarie Nikora, Mohi Rua and Rolinda Karapu ; new photography by Becky Nunes.
Ngahuia Te Awekotuku has written extensively on the subject of ta moko, explaining that "moko is about memory ; it is about remembering a place, a time, a person ; it is also about remembering those ancestral treasures that have been under threat - the threat of oblivion for many decades..." This book, includes interviews with artists such as Te Rangikaihoro Laurie Nicholas, Rikirangi Manuel, Christine Harvey, Tim Worrall, Turumakina Duleyz, Tommy Downs, Mark Kopua, Toi Gordon Hatfield, Te Rangitu Netana, Rangi Kipa, and Henrietta Nicholas.

Moko rangatira : Maori tattoo, by Kō Te Riria and David Simmons.
This is a fascinating study of moko whakairo which is very accessible. Profusely illustrated with designs, it also clearly explains who was entitled to wear moko and why, together with the traditions and rituals surrounding the process. "In keeping with ancient practice Kō Te Riria has not attempted to spell out all details on how to understand moko. Knowledge can never be given without a koha in return. The koha in this instance is your understanding and the effort needed to arrive at that knowledge."

Faces from the past : the dignity of Maori age / Kristin Zambucka.
Kristin Zambucka began a journey in September 1969 to find the oldest Maori women, and the last women to wear the chin tattoo. Her paintings portray images of 25 kuia.

Ellis, Elizabeth. Te kauae o ngā wāhine Māori : the tattooing of Māori women, in Standing in the sunshine : a history of New Zealand women since they won the vote, by Sandra Coney.

Walker, Tim. Robley : Te Ropere, 1840-1930. (NZETC) This is a very significant bibliography which lists examples of moko in collections.